Provided by the Kevin Toll Group

Philadelphia is the largest city in Pennsylvania and the fifth-most-populous city in the United States. According to the 2010 U.S. Census, the population of the city proper was 1,526,006. The Greater Philadelphia metropolitan area has a population of 6.1 million and is the country’s fifth-largest metro area. The city, which lies about 80 miles southwest of New York City, is also the nation’s fourth-largest consumer media market, as ranked by the Nielsen Media Research. Philadelphia is a commercial, educational, and cultural center.

There are many education opportunities in Philadelphia, from public to private institutions. The city is home to many universities including the University of Pennsylvania, Drexel University, La Salle University, PCOM, The Art Institute of Philadelphia and Philadelphia University. If you are looking for a nationally recognized college or university outside of the city, the Main Line is home to many institutions that are renowned for their academic excellence. The Main Line offers thousands of students close proximity to Philadelphia, with easy access to public transportation, while still living within the comfort and safety of an affluent residential area. Bryn Mawr College, is a small all women’s only liberal arts college; Cabrini College, a coed Roman Catholic; Eastern University, a private, co-education Christian university. Harcum College is a two-year, private college with academic programs in health-sciences, liberal arts, business and professional studies. Haverford College is one of America’s most outstanding liberal arts colleges founded on Quaker values. Immaculata University is a Catholic coeducational institution sponsored by the Sisters, Servants of the Immaculate Heart of Mary. Rosemont College is Catholic independent liberal arts institution. Saint Joseph’s University, located on City Avenue bordering Philadelphia and the Main Line, is a Catholic university seeped in Jesuit tradition. Saint Joseph University’s alumni network of 50,000 plus are eager to help students find meaningful employment after graduation. Also located on the Main Line is Saint Charles Borromeo Seminary in Wynnewood, which prepares men to be ordained into the Roman Catholic Priesthood. Valley Forge Military Academy and College, is two-year college prep school, for both young women and men. Villanova University is the oldest and largest Catholic university in Pennsylvania and is located in the heart of the Main Line.

Philadelphia is home to many exciting things to do; for art and dance enthusiasts check out the Philadelphia Museum of Art, The Kimmel Center for Performing Arts, the Academy of Social Dance, or Society Hill Dance Academy. The Free Library of Philadelphia is a great place to sit back and read a book or study for a test. There are many facilities offering fitness activities such as City Fitness Philadelphia, the YMCA, Philadelphia Sports Club, Philly Power Yoga, and Urban Front Pilates. The city is near many golf clubs including Bala Golf Club, Walnut Lane Golf Club and Huntingdon Valley Country Club.

For all other Philadelphia questions contact me at kevin.toll@tollrealtygroup.com or 610-609-1096. 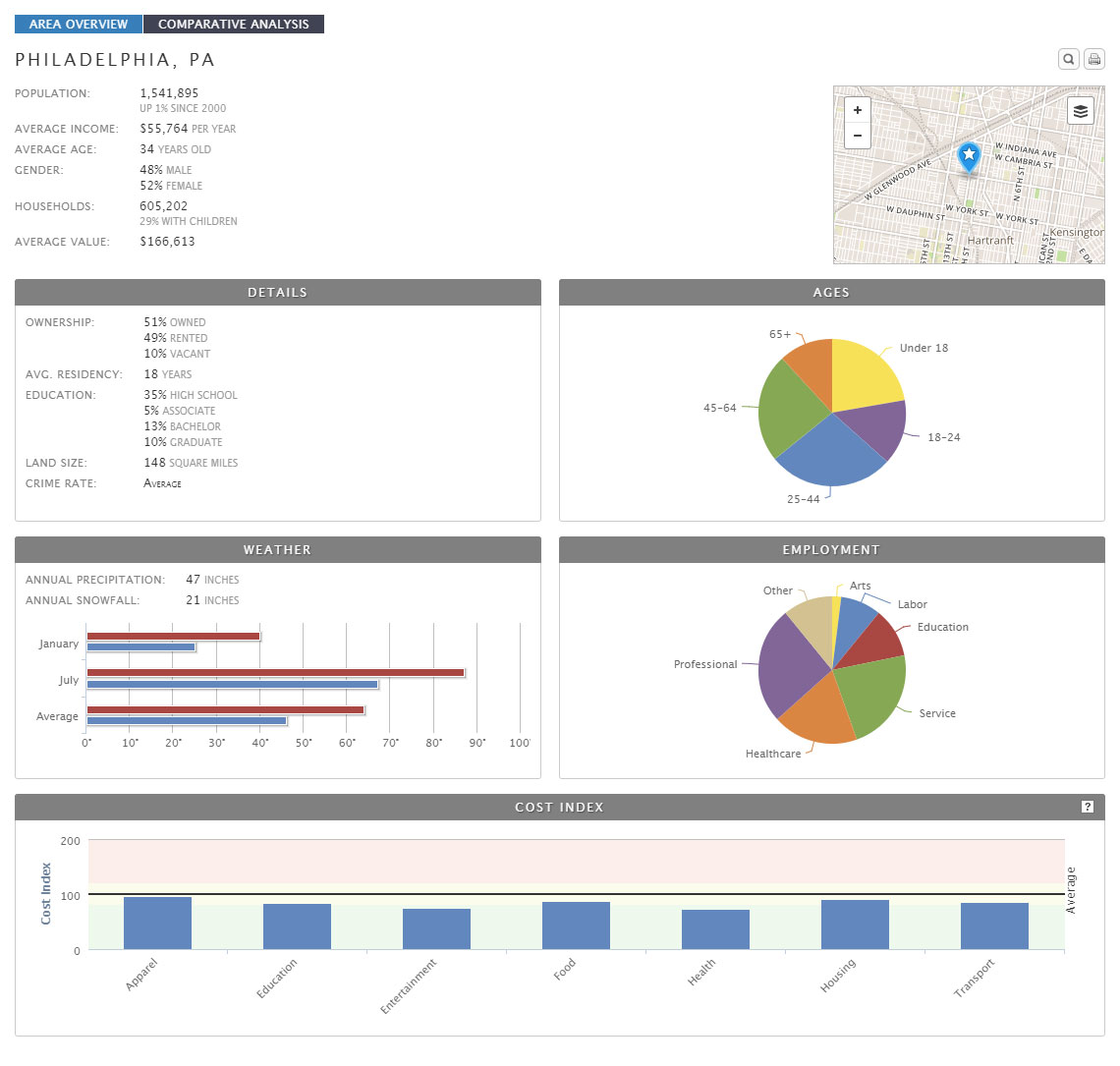